How to: Make a Shadow Box Frame 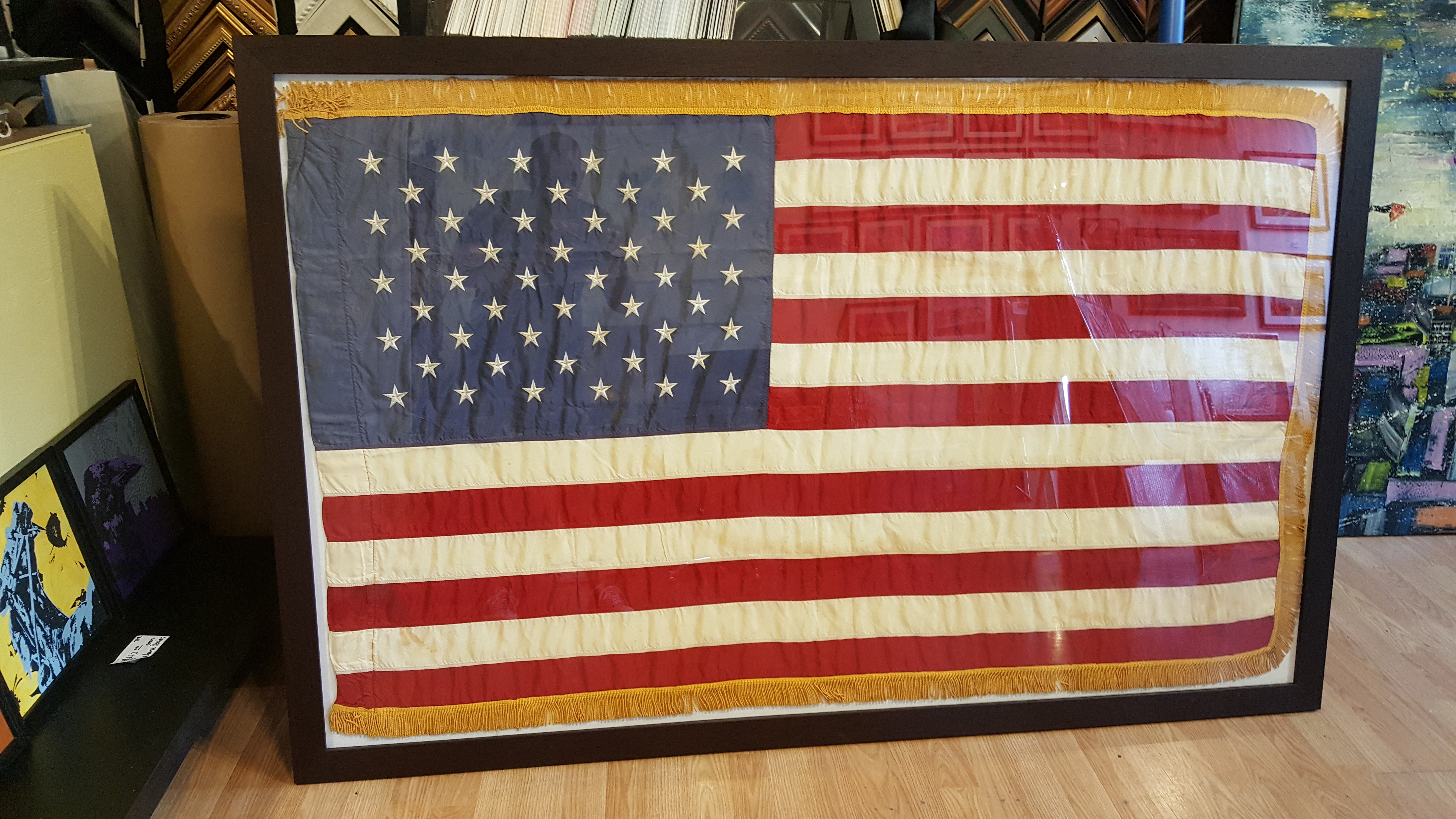 Making a shadow box display frame is a multi-step process involving structural engineering, thematic design, object mounting, and sustainability. When you have a precious object or a series of trinkets and medals, a shadow box is a great idea to bring all those elements together to convey a common theme.

What is a Shadow Box?

Not to be confused with the sport of shadow boxing, these collectible display cases still pack a powerful punch! Also known as a glass-enclosed display case, a well-made shadow box makes an excellent home for historic memorabilia, personal awards, art, or sentimental objects.

The shadow box also serves as protective encasement for these precious objects to preserve the integrity of the objects/artworks for many years to come. If one does not take proper care in designing the shadow box, the artworks behind the glazing are susceptible to deterioration and damage.

Many common objects that are framed in mounted shadow box displays are:

Shadow box enclosures are ideal for protecting precious heirlooms or keepsakes from being affected by air, dust, humidity, or damage. Shadow box frames are generally available in two varieties, with or without non-reflective glass, however, either of the two are a surefire way to add a touch of style and elegance to any room's decorum.

Traditional varieties are constructed from a square or rectangular wooden frame, which can be arranged in a series or as a standalone fixture. Modern designs typically include MDF bases affixed with an acrylic vitrine ideal for use in high-end galleries or museums.

Shadow boxes require most of the same elements as a custom frame job, with just a few additional components and considerations. The most important consideration is choosing the proper frame for a given project which can vary based on your structural needs and design.

A given frame needs to have all the required dimensions (width, height, and depth) to properly hold the necessary components and the proper weight or girth to support the entire package. Most shadow boxes tend to have many layers, which helps the objects sit properly in place, and to reassure everything stays secured if the shadowbox is moved frequently or incorrectly.

The design of a typical 16x20 shadow box can be just as important as the physical structure of the frame, when considering the overall theme and feel of the objects being portrayed.

The design also helps to make sure the objects are optimally displayed in terms of getting the proper lighting, spacing, and color. For instance, you don’t want to make your shadow box too deep because the objects inside will be cast under a literal “shadow” which will make the objects hard to view and experience.

People tend to use shadow boxes to tell a story or to remind the owner/viewer of distinct memories or experiences. It also serves as a means for preservation for valuable, precious, and sentimental objects which would otherwise sit in poor storage or be susceptible to inadvertent damage.

Some shadow box frames are even made to be easily accessible, in case you wanted to continuously use the objects when it’s not in the frame, such as: a musical instrument, fishing pole, or rifle. And some shadowboxes can reflect a distinctive moment in one’s life such as being in the military, working on a political campaign, or living and working abroad.

Careful planning and design of even a smaller 11x14 shadow box is important. Tthe objects being displayed should be clearly read and understood as part of a bigger picture. In other words, it’s best to display the appropriate amount of objects and to make sure the content of the shadowbox very clear, so as not to be conflicting or confusing to the viewer.

Sometimes using text, engraved plates, or visual aids can help tell the story in a straightforward and linear way.

Objects in a shadowbox are usually held down by thread, monofilament, wire, hooks, glue, tape, and Mylar, which is a durable, transparent film. Placement of the securing materials is important to give the illusion the objects are floating in space and the securement should be innocuous as possible.

If the threads and wires are visible, the illusion of the floating object is diminished and the whole experience is subdued. Securing the objects in a shadowbox should be reversible ideally, just in case you need to replace a certain component of the shadowbox, such as the glass, mat, or the frame itself.

Regardless of what you require, securing the artwork is very labor intensive and leaves little room for error. If the objects fall free of their mounting, they can damage other components of the shadowbox or potentially break the glass. Using tape or glue to secure fabrics or garments is never a good idea, simply because they do not adhere as well and will eventually dry out, causing the fabric or garment to fall causing potential damage.

The Frame Room is an illustrious shadow box artist of a wide variety of experience, particularly in those projects listed at the beginning of this article.

Order your shadow box art online with us today!

Tags:
Posted in Picture Framing Ideas, Tips, and Tricks By